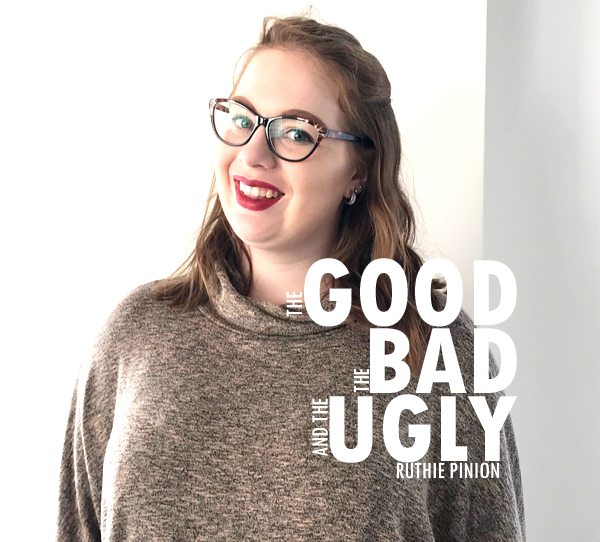 The Good, The Bad and the Ugly of International Women’s Day

We are a week on from International Women’s Day, a phenomenal celebration of women across the world. We all have those female inspirations who drive us, support us and mentor us, and I personally love this chance to recognise women as a whole.

Brands are beginning to jump on board to deliver their message to this half of the population. Some of those moves are genius, and others have proved borderline offensive. So once again, we’ll be looking through the best, the worst, and the questionable in The Good, The Bad and The Ugly.

I have two absolute favourites in this section because they do two very different things. The first is Marie Claire’s #NotMyJob campaign, which is all about workplace equality.

For those of you who read my last blog (GBU: Valentine’s Day), you’ll know that social campaigns can absolutely bomb, but this time Marie Claire is on to a winner. The social media aspect of this campaign gets women to share their experiences of being harassed or excluded in the workplace, while also pushing for genuine, intersectional equality and guarantees of rights through legislation. Combined with some solid partnerships, and a short film which goes beyond inspiring, this is a fierce exercise in demonstrating what Marie Claire stands for; and demonstrating real honest integrity as a brand.

The second campaign I want to talk about comes from HP. To give you some context: I am an emotional person. I cry about things very very easily. I sobbed at my desk during HP’s Follow Your Dreams ad. I feel like HP reached into my soul with this ad. It’s more of a short film, and it follows a little girl in India called Paro as she starts to follow her dreams as a storyteller. With the support of her teacher and her family, Paro’s dreams become a reality when….well, I won’t spoil it.

What I love about this style of advertising is its way of allowing a brand to align itself with a cause, without forcing its product down your throat, and in a way that doesn’t feel fake or forced to me. All of the tech that is used in the ad comes from HP sure, but what makes me want to buy the products is the fact that HP now comes across as supporting a cause that’s very close to my heart.

What unites both of these campaigns, and puts the cherry on top of two spectacular cakes, is their desire for equality and support of all women.

When we covered Valentine’s Day ads, the bad just meant that they weren’t very good full stop. The thing about trying to cater to women and missing the mark is that these moves can often come across as tone-deaf and even offensive. And guess what? We didn’t ask for this.

My choice for the bad is probably very cynical. I am not a big fan of changing logos or brands to be women-friendly. Turning McDonalds’ golden arches upside down so they’re a W, Johnnie Walker becoming Jane Walker, the list goes on and on.

For me, I find these moves to be disingenuous. They last a week and then everything goes back to normal. If some of the profits are going to a women’s charity, I can get behind it. If there is some kind of statement being put behind it, do what you like. But these kinds of publicity stunts are exhausting. They aren’t new. They aren’t clever. They don’t do anything. More often than not, they’re just trying to capitalise on another “holiday”.

Last time I did a blog in this series, “the ugly” just meant that it was something that wasn’t genius, but made me want to talk about it. This time, I’m going with a different tact: a really solid attempt but missed the mark, pretty catastrophically.

Brewdog’s Pink IPA gives me a lot of feelings. On the one hand, it’s intended as a satirical move: parodying all of those sexist marketing ploys such as Bic’s ‘Just for Her’ pens (because my tiny dainty hands can’t handle pens made for big strong manly men, right?). They also promised to donate 20% of the profits of the pink beer to a charity focusing on getting women studying STEM subjects, and made Pink IPA 20% cheaper for those who identify as female (another big win). On the surface: big fan. HUGE fan. Did it work out like they planned? Survey says: absolutely not. Instead of being a parody, Brewdog just looked like they were perpetuating the stereotype and it breaks my heart.

I wanted this stunt to work. I wanted the population to buy into it and be able to support women studying STEM subjects by drinking beer. But Beer for Girls? The message wasn’t made clear enough. As the old adage goes: either you die a hero, or you live long enough to see yourself become the villain.

Here’s the thing, you don’t have to associate your brand with a cause. Purpose marketing campaigns, as seen in brands like Toms, or with the recent Lacoste limited edition shirts based on endangered species, are amazing. As we’ve seen, some of the campaigns for International Women’s Day have been amazing, but do you need to run a campaign? No. It’s much more effective if you, for example, pay your female employees an equal wage, or give all employees an equal chance at progressing to leadership positions. You don’t even need to shout about it.

Keep your own house in order. It speaks louder than any campaign.