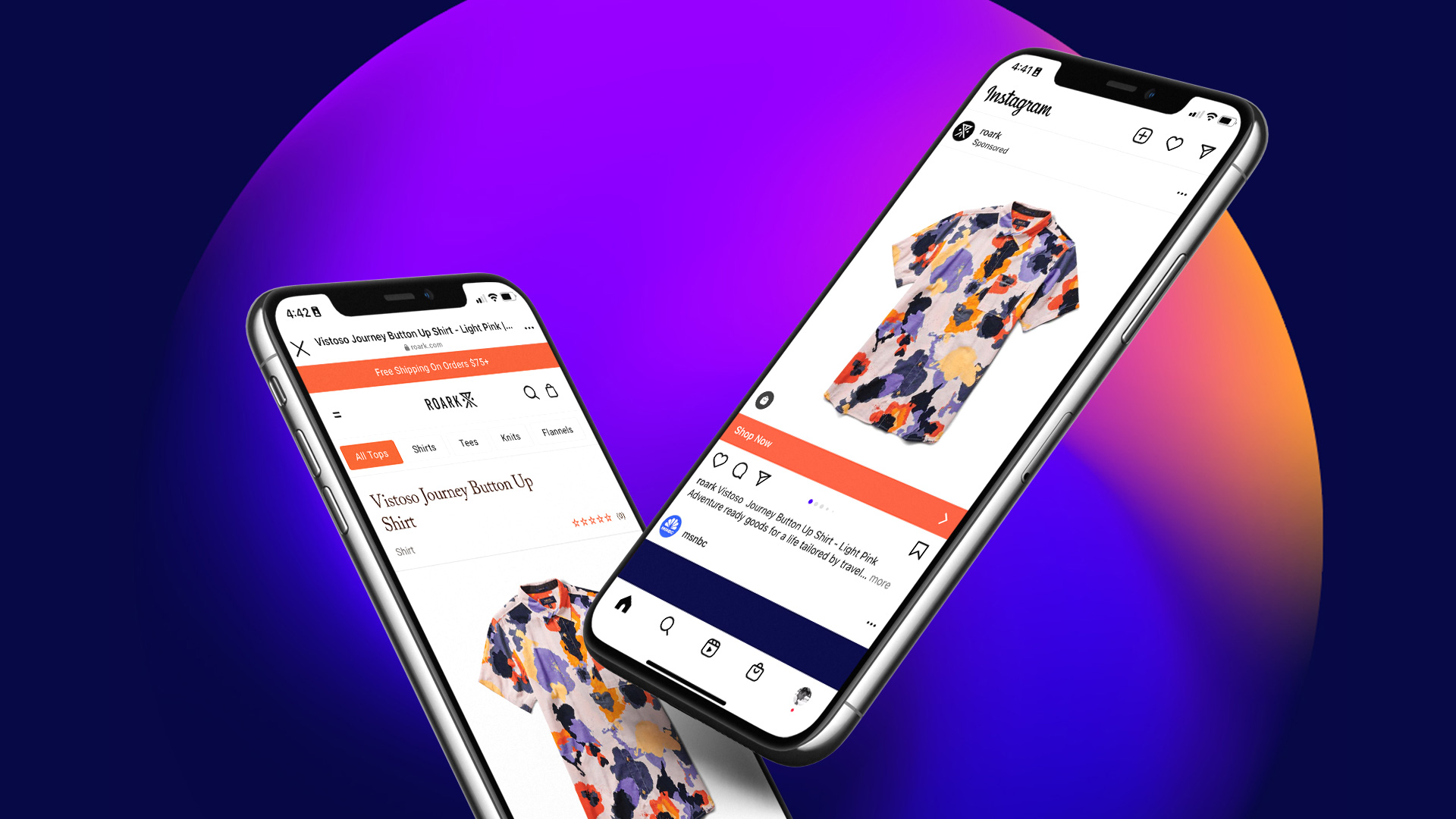 With the pandemic serving as an accelerant for e-commerce, social commerce continues to stake its claim within online purchases. Every major social platform is looking to monetize the commerce driven by its content, and it’s a race to see who can innovate fast enough to win both shoppers and branded commerce budgets. All indicators point to the staying power of social being an entry point for brand and product discovery, filling the void at the top-of-funnel moment before customers know what they’re looking for. Instead of window shopping, consumers now browse their feeds for inspiration.

Social commerce is not new, but the need for retailers to provide frictionless, contactless ways to shop has never been greater than in the past two years. Many platforms have stepped up their e-commerce offerings to meet the need, and with more people accustomed to buying online, it’s anticipated that many won’t go back to their pre-COVID habits. A study by Accenture predicts the social commerce opportunity will nearly triple by 2025. According to Insider Intelligence, social commerce will be a major force in e-commerce growth in the US, much like it has in China.

Facebook is the most used platform for social commerce, followed by Instagram and YouTube. Twitter dropped its buy button feature in 2017, but remains a place for social listening and customer service. However, all eyes are on TikTok as it beefs up its commerce offerings, its influence already well established. Live shopping is a space to watch, especially with Facebook, YouTube and TikTok all doubling down on this trend last year.

More than half of social users do not purchase through social commerce, showing it isn’t quite mainstream yet, perhaps due to lack of trust or wanting to transact directly with the retailer. But the signs of interest are clear, and if social platforms can make purchases more seamless with native checkout options or emerging technology, we may see this change. A study by The Harris Poll and Sprout Social found that 73% of businesses are currently selling via social media.

Facebook is the top social commerce platform according to eMarketer, driven by its massive scale. It’s known for creating an ecosystem to keep users on its platform, offering everything from content to instant messaging to reduce the reasons to leave. It’s not surprising that e-commerce would become a huge focus of the company since 2016, when it introduced Marketplace, a shopping destination on its platform that allowed users to buy and sell items with people in their community.

Taking things a step further, in 2019 Facebook announced Checkout on Instagram, now available on both platforms, offering in-app checkout options. Expanding on its earlier shoppable tags, the new Checkout tags appear on organic posts to reveal product tags. When opened, a “Checkout with Instagram” button appears instead of the old “View on Website” button. Later, they introduced paid promotion of the tag feature to help further amplify the shoppable content.

In 2020, Facebook debuted Shops, also available on both Facebook and Instagram, allowing brands to establish their own virtual storefronts on the platform. They continue to build on this commerce functionality for brands, providing the opportunity to showcase products through Whatsapp and Marketplace integrations for more visibility.

They’ve continued to roll out a new suite of solutions tapping emerging technology such as artificial intelligence (AI), augmented reality (AR) and, of course, live streaming.

Even though TikTok is new to social commerce, its influence to fuel consumer demand has been undeniable with the hashtag #TikTokMadeMeBuyIt receiving over 9 billion views. While influencers have been central to successful brand content to date, TikTok unveiled their commerce solutions last year with a range of shopping tools including shoppable links, product galleries in ads and a slate of commerce partners – Square, OpenCart and Wix to name a few.

The “demotainment” style of TikTok’s content lends itself to the livestream commerce trend. With the new LIVE shopping feature, brands on TikTok can connect with users in real time and feature products with dynamic links. Walmart hosted LIVE shopping events as a pilot partner of the feature, receiving a positive response.

Pinterest’s premise of creating inspiration for what to buy makes it ideal for product discovery and shopping. Given this shopping mindset, they’ve beefed up their position as an e-commerce platform, introducing Pinterest Shop in 2019, rolling out a number of shopping features in their pins, boards and search functionality, and partnering with Shopify.

To help users continue down the funnel, Pinterest introduced its Shopping List feature. The feature will automatically save user product pins in one place, making it easier for users to compare and evaluate the products they’ve discovered. Users will also be shown shipping costs, reviews, and notifications when a saved product pin has a price drop.

Snap made a huge push for in-app commerce in 2018 with their shoppable AR lens and Shoppable Snap ads. Advertisers could import catalogs and automatically feature a collection of products within a single ad. Each product image can be tapped for more product details.

Since then, Snapchat has increasingly added more features to make the app more shoppable, partnering with Shopify to launch in-app stores, including its first shoppable game from Adidas. It expanded its offerings, initially for creators, shows and users, to businesses with their Public Profiles launch last year.

Augmented reality continues to be central to its commerce offerings, potentially becoming the AR fitting room of the future. It’s testing its “catalog powered” shopping lens offering a more experiential approach to browsing products, providing an AR-powered 3D view they can control with facial gestures or screen taps.

Google introduced a number of shoppable products in 2019 that are social-like in the way that they tap into content on Google’s feeds. Discovery ads are among those, offering advertisers access to 3 billion people as they scroll through content on YouTube, Discover, and Gmail. Similar to Pinterest and Instagram, Shoppable Ads on Google Images allow brands to highlight multiple products within a sponsored ad that appears among Google Images results. This would enable the ad to appear in search queries like “home office ideas” or “shower tile designs”.

After Google announced it was expanding its in-video e-commerce shopping experience on YouTube last year with the expansion of YouTube shorts, it went on to partner with Shopify, Square and others to take on Amazon. With YouTube’s video platform combined with Google’s online retail shopping power, it offers a unique advantage in social commerce.

Want to learn more about social commerce and the opportunities it offers? Access the recording for our most recent event ‘Successful Strategies for a New Era of Ecommerce’ where we took a deep dive into the ecommerce landscape, identifying what global shoppers really want from online merchants, how brands can build a winning ecommerce strategy, and how to make the most of Incubeta’s extensive digital commerce offering