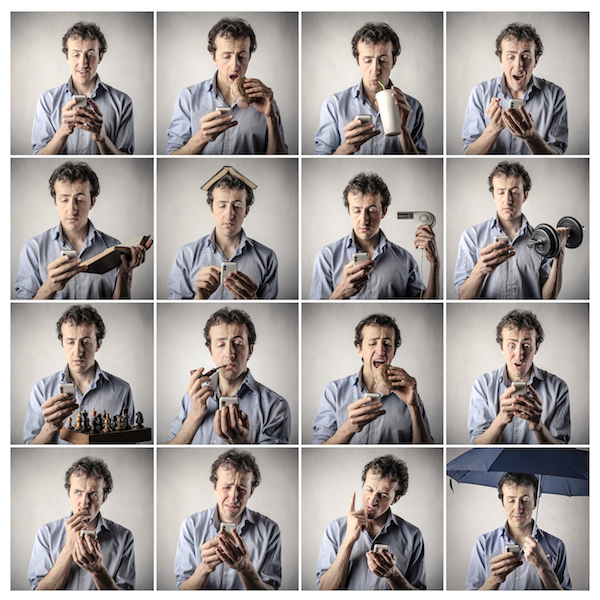 Mood Tracking & Emotional Advertising: What Does the Future Hold

There are two ways to look at emotional targeting, the first and more traditional method is to create an ad that ignites a strong emotional response from a consumer which will drive them to take action, whether that’s buying something, sharing, or donating. Emotional advertising is incredibly popular because as studies show, we often rely on our emotions to make purchasing decisions, rather than facts and information. A great example of this is Oxfam, whose ads often tear at our heartstrings, encouraging us to make a difference.

As technology progressed, advertising has developed ways to not just ignite emotional responses but to track them.  Affectiva, is a technology company that has created emotion recognition software that can analyse a user’s facial expressions to determine how they are feeling.

Currently, the technology is used by advertisers and media agents to determine the effect their current advertising is having on the end consumer. But, what if we could tailor ads based on someone’s current emotions?

Well, technically the technology already exists. Earlier this year, Facebook was put under scrutiny when it came to light that they were collecting data that would allow advertisers to target emotionally vulnerable people as young as 14 in Australia. Facebook had been collecting data points from items such as post, pictures, and reactions to determine the emotional state its younger users.

A Facebook spokesperson commented on the leaked research stating, “Facebook does not offer tools to target people based on their emotional state. The analysis done by an Australian researcher was intended to help marketers understand how people express themselves on Facebook.”

So where is this technology and digital advertising heading?

Facial Recognition: Some brands have been quick to try new developments such as eye tracking in an attempt to overcome language biases or lack of clarity.  The drawback here is that this method requires consent – how many people will actually want to be tracked via their webcam by an advertiser? This runs the risk of becoming too invasive. The other issue with facial recognition is that it only gives an initial impression – it’s a partial picture that must be taken with the whole to get an accurate understanding of the customer’s emotional intent.

Wearables and Biometric Data: Watches, bracelets and other tracking devices that detect things like heart rate, and blood pressure – which all change according to our mood – are becoming increasingly attractive to advertisers. Soon, biometric data may be behind all our technologies.

Advertisers are eyeing the possibility of measuring blood alcohol levels and blood sugar. What could this information be used for in an emotional advertising context? Advertisers could deliver restaurant ads when blood sugar is low and a craving hits, or send you an ad suggesting a brand of beer after detecting you had a drink. This can be taken one step further when combined with location data; a food ad would be served for a nearby restaurant when the device detected hunger or that a certain span of time without eating had passed.

Biometric data was used at Wimbledon when Jaguar teamed up with Mindshare to capture spectator’s emotions. The data was collected through cuffs and atmospheric sensors to track global sentiment on Facebook, then shared via social media. This data could be used to target the crowd with ads that align with the emotional state being fed through the sensors.

Video and Voice: Brands that focused on consumers who had the greatest likelihood of emotional engagement saw the most uplift in conversion and purchase intent. With the recent explosion of video advertising, marketers are keen to tap into emotional targeting across this new channel. New Balance targeted viewers in Japan with technology that determined which users were most likely to engage with their videos. The brand saw a 113% increase in campaign completion.  Video has a high rate of engagement, if brands and advertisers better understood, and implemented emotional data from video views, they would see significant increases in conversions.

Voice Search has also recently surged in popularity and advertisers have discovered that due to the greater length, and casual nature of voice search queries, it could often indicate the emotion behind the request. As voice search becomes more adept at picking up on natural speech, the emotional intent will become clearer, enabling advertisers to serve ads/suggest items based on these emotional cues. This platform is still in its infancy so we won’t be seeing anything revolutionary with voice search and emotional targeting for a while.

Emotional targeting has not yet reached its full potential, but it has experienced a resurgence as newer, better technology has evolved to make it one of the most lucrative methods for converting browsers into buyers. Knowing your customer emotionally will always be more lucrative than guess work marketing. Purchases are often made after price comparison, and careful consideration, but marketers can go one step further by building brand loyalties and increasing conversions by developing a strong emotional connection.